Gastric Volvulus (Twisting of the stomach) 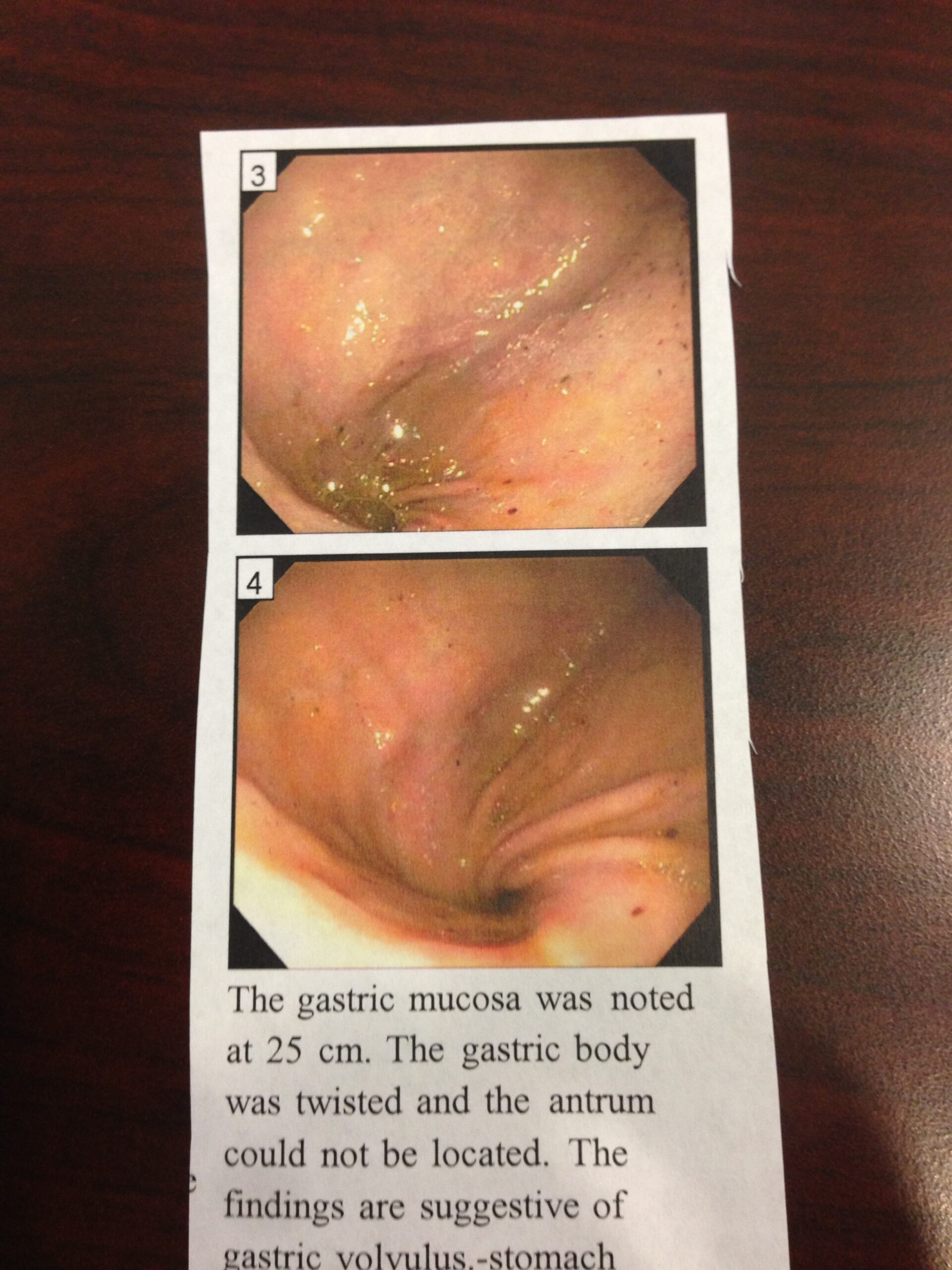 Twisting of stomach in the chest leading to nausea and vomiting. It is an emergency needing immediate surgical intervention.

This endoscopic image illustrates torsion of the gastric mucosa suggestive of gastric volvulus – an emergent condition in which the stomach migrates proximally in the chest through the hole in the diaphragm and is twisted leading to obstruction. Patient presents with nausea and vomiting.

Case : 85 year old female presented with persistent nausea and vomiting.  After initial lab work and x-rays patient underwent EGD.  During EGD the scope could be passed beyond the body of the stomach.  Torsion of the gastric mucosa was noted distally as seen in the image. Thereafter patient was undertaken for surgery. A large part of the stomach was pulled down in to the abdomen from the chest during surgery. Because of patient’s comorbidities and poor functional status the extensive repair of the diaphragm was not carried out. The stomach was fixed using multiple gastrostomy tubes. During outpatient follow-up, the PEGs were eventually removed and patient has done well.