She had seen a Gastroenterologist and a Surgeon in the past and as advised; had been managing it with sitz bath and suppositories with minimal relief.

Management : When I saw her in the hospital she was quite distraught and frustrated.  It took me a while to get her comfortable to talk to me about her problem. I candidly laid down the options for her : continue to suffer the way she has done in the past – which I thought was not right or let me perform flexible sigmoidoscopy to assess for Hemorrhoidal Banding.  Now I can say – Glad she chose to let me intervene.

During endoscopy prolapsing hemorrhoids were noted. I used lidocaine 2% jelly to numb the area before introduction of the scope. Sigmoidoscopy revealed Grade II internal hemorrhoids – 6O’clock position in the above image (size varies from I to IV from small to large). The scope also helped to push the hemorrhoids inside. 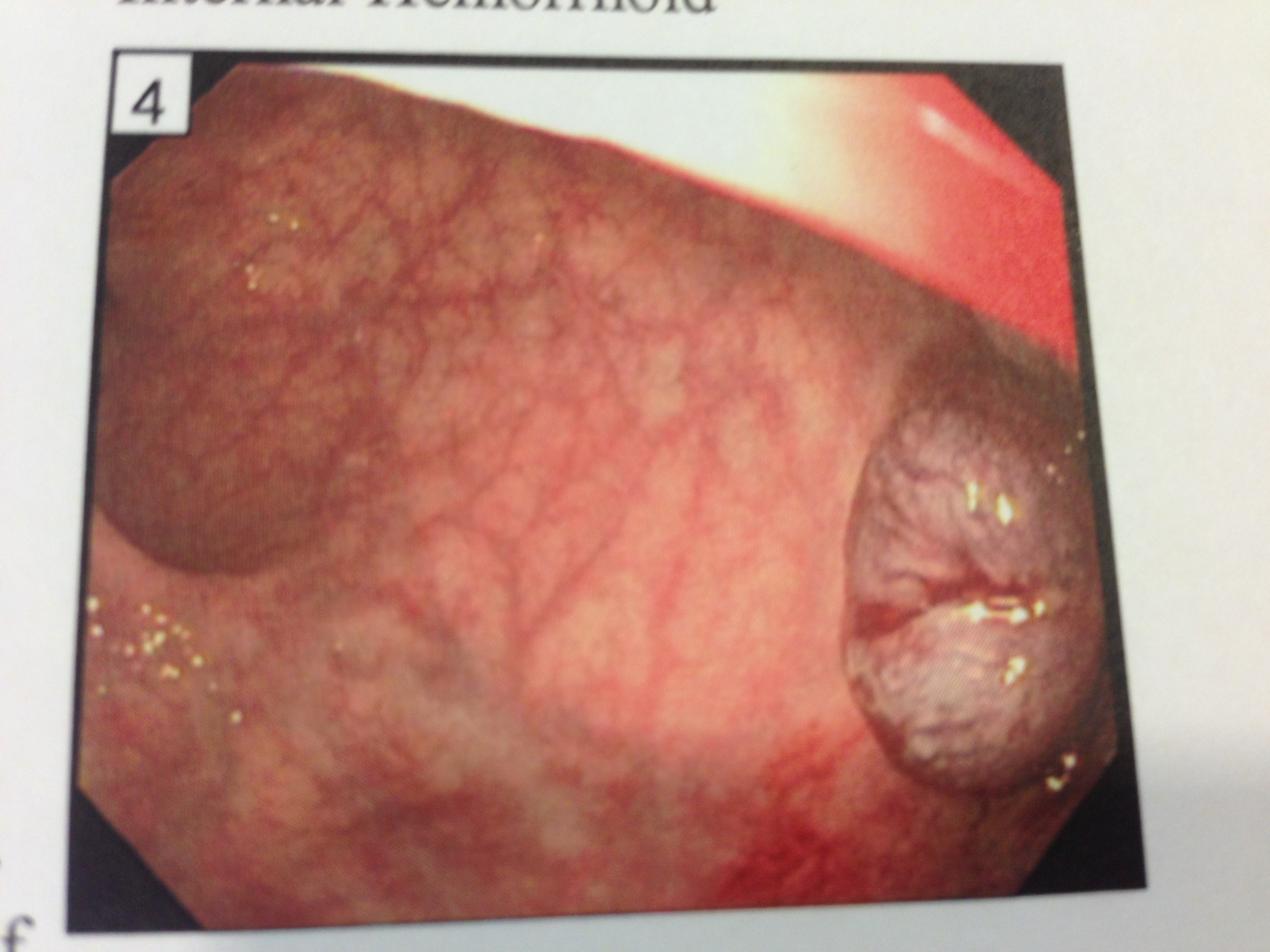 The hemorrhoid was suctioned with the band ligator  attached to the end of the scope and the band successfully applied. A band ( literally a  rubberband ) helps strangulating the hemorrhoid – 3″O clock position in the image on left. Eventually the band falls off and the hemorrhoid is gone. Also in this case the scarring prevents further prolapse since the wall is now attached and is scared.

She has done remarkably well and does not need further blood transfusion to keep up her hemoglobin count.