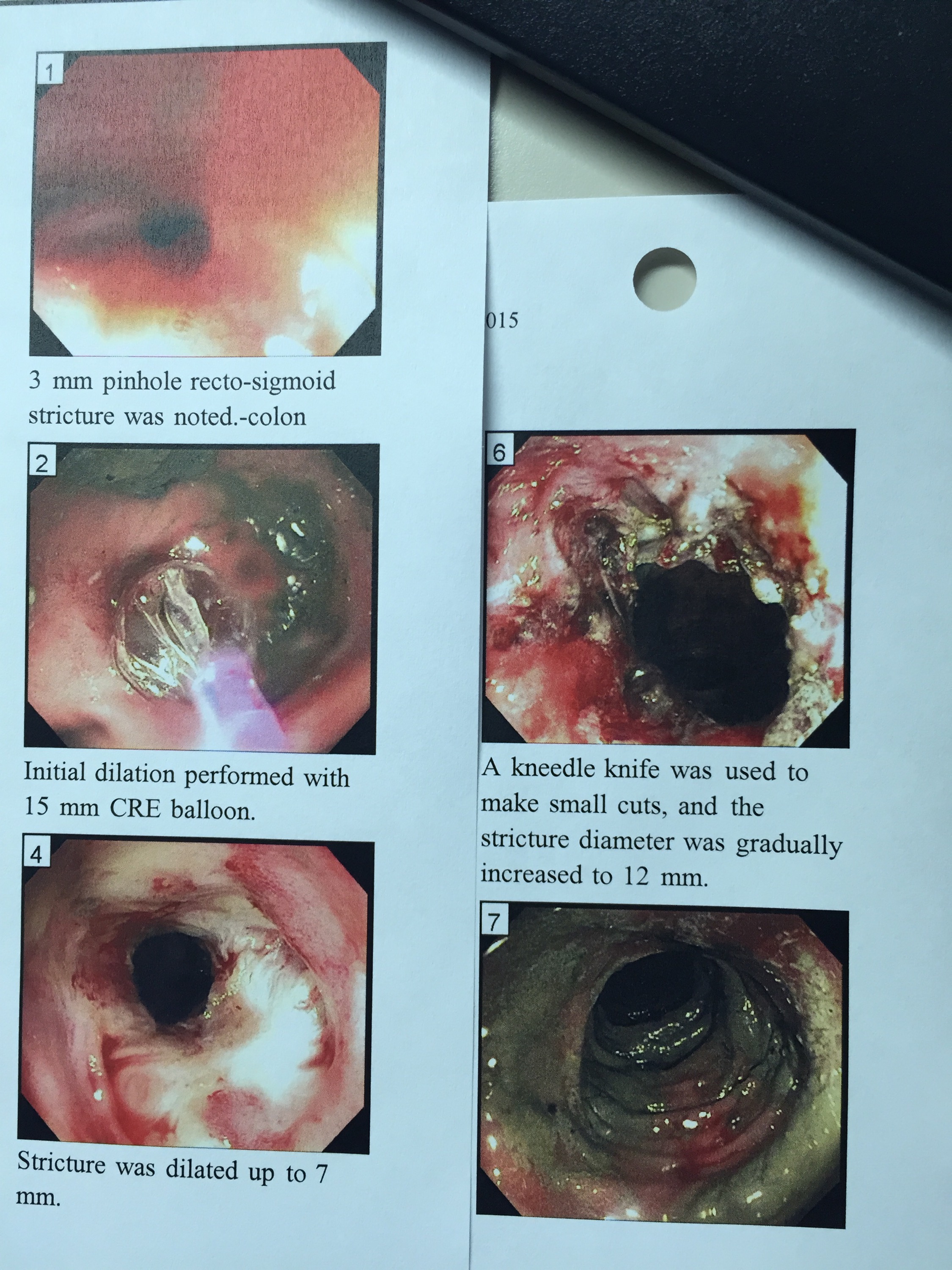 Mr D has been undergoing dilation of a recto-sigmoid anastomotic. Post dilation it would remain open for few months and then gradually constrict leading to constipation and abdominal pain requiring another dilation with CRE balloon.

During the last dilation, we discussed the option of cutting the stricture with needle knife since they were getting more frequent and the benefit period was shortening. The risk of using needle knife – bleeding and perforation could be catastrophic. I have been using needle knife with great success over the last 5 years for ERCP to gain access to the bike duct.

The stricture showed a broad and thick circumferential fibrotic band. I felt comfortable to cut the fibrotic band with the needle knife. I used the needle knife and made the cut from outside towards the center, so as to avoid cutting deep and prevent perforation. The technique enables me to control the depth and extent of the cut